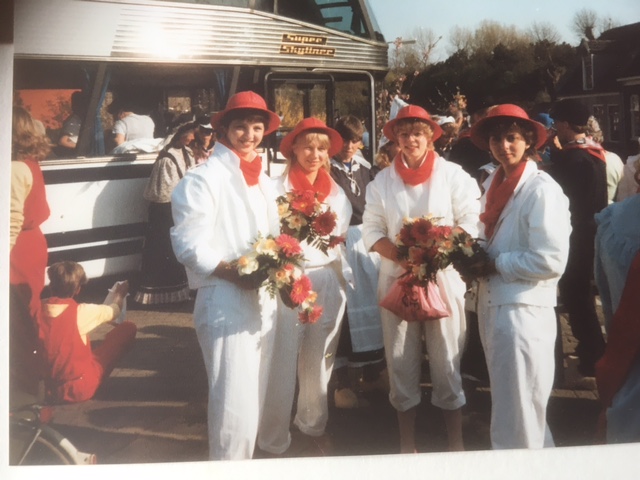 I was Queen for a day.

I was born and raised in the bulb district and watched the parade every year. As a child this was a day of celebration and the day of the parade is still a my special day.

On 1st February 1984 I started working at the Rabobank in Voorhout. I had only been there a couple of months when I was asked to be part of the team from the Bank which was decorating our float. I was also asked if I wanted to be a Flower Girl. Two weeks before the parade we met up in Haarlem with all the other Rabobank girls to shop for outfits. I set set out with my colleagues from Lisse and Sassenheim together with Frans Overdevest and Harry Smit. It was as super afternoon. After the parade we were allowed to keep the outfits. I was really a Queen for a day!

For three days prior to the parade we were in the Hobaho Hall as part of the decoration team. On Friday morning we pinned on the last flowers just before the jury passed by to judge the floats. I was truly amazed. The parade rode at that time from Haarlem to Noordwijk and we joined our float between Hillegom and Lisse so that we could travel the route Lisse-Sassenheim. I had to register really early in the morning with Frans and Harry but they made sure we had a perfect day.

Through rain and storm
I have experienced many different weather conditions throughout the many years I have taken part. Van Sun to Snow. In total I worked on the Rabobank Float for 28 years after joining the football club decorating team Forehalte and also the team from the Muziek Corps St. Cecilia. The day of the parade remains a day of celebration.

My husband Jan-Piet has also been part of the Decorating Teams from Foreholte and St. Cecilia. The parade now passes through our own village Voorhout. We watch it here and then cycle to Sassenheim and watch it again from the other side of the road. Nowadays we already get excited on Friday evening and we already go to take a first look in Noordwijkerhout.

We miss the togetherness
For the last two years we have really missed the fun, the fellowship and the excitement the busy preparations for the parade always bring. Luckily we were able to decorate a heart.

See you next year! 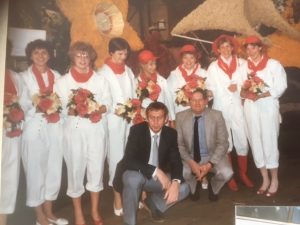 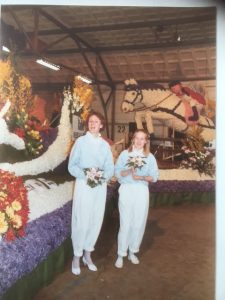 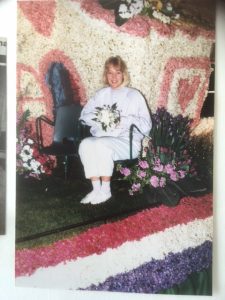